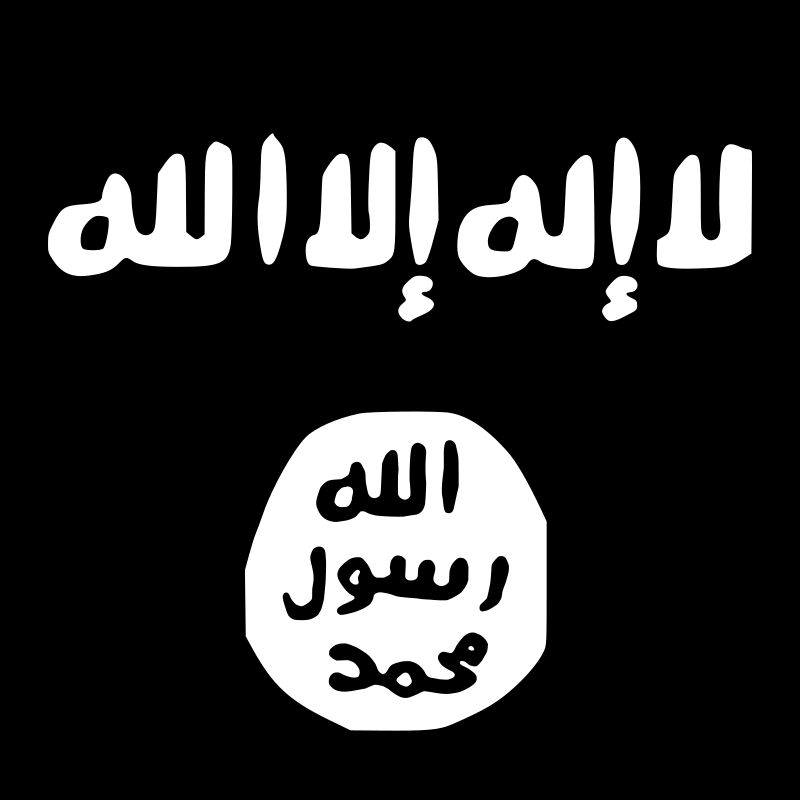 Through most of JKBW’s existence, the group was at war with the Syrian rebels who controlled the Deraa countryside adjacent to its territory. As an Islamic State affiliate, JKBW echoed the Islamic State line in describing the rebels as “apostate Sahwa” (a reference to the Sahwa phenomenon of Sunni tribesmen who fought the Islamic State of Iraq when the U.S. occupied Iraq). However, the war between JKBW and the rebels was a stalemate. On two occasions, JKBW made noteworthy territorial gains against the rebels. In February 2017, JKBW seized the towns of Sahm al-Jowlan and Taseel. In July 2018, the group seized the town of Heet, which it had long besieged. That gain proved to be short-lived though, as a Syrian government offensive on areas out of its control in southern Syria finally turned its attention to the Yarmouk Basin. By August 2018, the JKBW enclave had collapsed completely, as the Syrian government had the overwhelming advantage of firepower and manpower, recruiting some former rebels to fight JKBW.

So why start this project on the Islamic State with an item on JKBW? Quite simply, on account of the uniqueness of the material. Those who study jihadi groups deal with a number of vexing questions, such as:

The material presented here can provide significant insight into all of these questions regarding JKBW. In short, the database presented is a list of all military personnel for JKBW in the month of Dhu al-Q’ida of the year 1438 AH (an Islamic calendar dating, corresponding approximately to the period of 24 July-22 August 2017).

This database was obtained from a source who attained a high-rank position in the JKBW but was in fact an infiltrator (for which side exactly I will not disclose). The database contains entries for 516 personnel, listed with the following details:

In the first instance, it makes sense to explain how the salary scheme (reckoned on a monthly basis) works in the database. The scheme in the database as follows:

– The basic rate- that is, for an unmarried fighter with no dependent parents or siblings- is $40.

– Allocations for food expenses (that is, money spent on kitchens to provide meals for fighters, at a fixed rate of $37 per fighter) are not included as part of the salary.

– Rent subsidies (that is, for fighters renting out homes from the local population, as opposed to those living in confiscated property registered with the JKBW real estate office) are not included as part of the salary.

In determining salaries, no distinction was made between e.g. tank personnel and artillery personnel. The same salary scheme was applied to all. It should be noted that JKBW would have followed the salary scheme applied to personnel in the Islamic State’s formal ‘provinces’ elsewhere in Iraq and Syria. From Islamic State records from those areas that I have posted, one might have noticed the salary scheme was higher, such as a basic rate of $50, an extra $50 per wife and an extra $35 per child. The discrepancy between those data and this database is easily explained though: as the pressures on the Islamic State grew, salaries for personnel were cut. Here then, we have a useful snapshot of how the Islamic State was impacted financially as it lost territory and suffered more and more defeats at the hands of its enemies.

Other Islamic State records indicate that salary calculations were also determined by whether a member owned sabaya (female captives/concubines/sex slaves) and whether those sabaya had children. This does not appear in the JKBW military database, indicating that the phenomenon of sabaya did not exist in JKBW areas, though that is not a testament to JKBW benevolence. It is simply that there were no women eligible to be taken as sabaya in its areas (e.g. Yezidi women).

Next, the issue of number of fighters and types of fighters. The database primarily divides military personnel by geographic sector. All of the areas in the database were frontline zones against the rebels at the time:

For the other military personnel categories, most are self-explanatory (e.g. artillery squadron, tanks squadron, fortifications squadron and engineering). The following require some explanation:

– Special assignments/assignments squadron: personnel to be used in battles. As has been commonplace in much of the Syrian civil war, much ‘fighting’ takes the form of ribat (“frontline manning”) and so most of the personnel listed in the various geographic sectors of this database would be known as murabiteen.

– Special assignments (borders): personnel tasked with guarding the borders of the JKBW enclave with the Israeli-occupied Golan Heights and Jordan.

– Mutasayyibeen: personnel placed under monitoring for misconduct and suspended from their positions (hence no salary allocations etc. to them). They could be subjected to Shari’i courses, imprisonment and formal expulsion from JKBW.

Naturally, this database does not include JKBW personnel engaged in various non-military functions, such as:

– Security personnel (both ‘internal’ and ‘external’, the latter conducting operations against the enemy in the heart of its territory)

People could of course transfer from a non-military to a military role and vice versa.

As noted earlier, the question of ‘how many fighters/members does a group have?’ is a notoriously difficult one. Lack of independent reporting on the ground, together with limited knowledge of the day-to-day functions of these groups, impedes the task of reliable estimates. Look, for example, at how inaccurate estimates of the numbers of Islamic State personnel and their families were inside the tiny Baghuz enclave in eastern Syria that recently fell to the U.S.-backed Syrian Democratic Forces.

In contrast, in this database we have a concrete number of JKBW military personnel at a given point in time (516 personnel, of whom 12 are mutasayyibeen). Based on these data, while reasonably assuming a 50-50 split between military and non-military functions and accounting for battlefield losses and new recruitment, it is fair to conclude that at the group’s peak, the total number of JKBW members approximately fluctuated between 800 and 1000. It is highly unlikely that the number of JKBW personnel ever went well beyond 1000.

The final question to consider is the nature of the composition of JKBW’s ranks. The database lists personnel according to nicknames. Many of these nicknames are according to apparent place of origin. The most recurring places in nicknames (in no particular order) appear to be Koaiya (/Koayia), Inkhil, Jamla, Abideen, al-Sheikh Sa’ad, al-Shajra and Nafi’a.

Of these places, al-Sheikh Sa’ad, Koaiya, Jamla, Abideen, Nafi’a and al-Shajra do not come as a surprise. al-Sheikh Sa’ad was once a base for Harakat al-Muthanna al-Islamiya, prior to the routing of the group from the area by the rebels and its retreat into the Yarmouk Basin area controlled by Liwa Shuhada’ al-Yarmouk in spring 2016. The other five villages were all originally controlled by Liwa Shuhada’ al-Yarmouk and constituted the core of JKBW territory on its foundation in 2016. Some clans and families from these places have been associated with JKBW: namely, the al-Baridi clan of Jamla that formed a foundation for Liwa Shuhada’ al-Yarmouk, the al-Ja’ouni clan of al-Shajra, the al-Ashawasha family of the al-Sababiha clan of Koaiya, and the al-Masri clan of Abideen.

The association of particular clans and families with JKBW has had ramifications in the aftermath of JKBW’s defeat. This has most notably been the case in Jamla, where members of the al-Samuri clan (often perceived to be supporters of the Syrian government) perceive the al-Baridi clan to be responsible for the rise of the Islamic State in the Yarmouk Basin.

However, one should avoid thinking about JKBW solely in terms of clans and tribes. For example, one can also find Baridis and Ja’ounis who opposed JKBW and/or had nothing to do with the group. A few Samuris became involved in JKBW. Interestingly, the former head of the Deraa provincial council- Hani al-Hamdan- is from Koaiya.

It may strike the reader as more surprising that there are many JKBW members from Inkhil, a north Deraa town well outside JKBW’s zone of control. One would often hear on an anecdotal level that many people from Inkhil had joined JKBW. In fact, at the time this database was produced, the amir of JKBW was from Inkhil (Abu Tayyim Inkhil).

Besides Inkhil, other recurring place names from outside JKBW’s zone of control include Nasiriya (Quneitra/west Deraa), Qarqas (Quneitra), Tel Shihab (names in the form of Tel/al-Tellawi and Tel Shihab) and Qita (a village to the west of al-Sanamayn in north Deraa countryside).

Some of the kunyas appear to suggest the presence of non-Syrians in the ranks of JKBW, but rather amusingly, they turn out to be misleading. For example, Abu Hamza al-Almani (“Abu Hamza the German”) was not in fact German but actually from the Deraa town of Ibta’ and married to a woman from Koaiya. He took the nickname al-Almani because of his seemingly Germanic physical features. Similarly, Abu Ruqayya al-Malizi (“Abu Ruqayya the Malaysian”) was not from Malaysia but the Deraa town of Da’el. Abu Omar al-Sini (“Abu Omar the Chinese”) was not from China but the Deraa town of al-Sheikh Maskeen.

Other nicknames take after weapons: thus Hawin means ‘mortar’, Kornet refers to the Kornet missile and another calls himself after the Howitzer. Perhaps the funniest name in the whole database is Abu Shadi Kola. I have heard from a friend from the Yarmouk Basin village of Ma’ariya that Abu Shadi Kola was originally from Quneitra, and that the name derives from the fact that he used to distribute cola drinks to shops.

On a personal level, I am familiar with some of the names that appear on this list. Abu al-Muthanna Taseel, for example, is the notorious Marwan Zain al-Abideen, who appeared as “Abu al-Muthanna al-Ansari” in an official JKBW video on reform of the education system. Abu Hazim Tawheed in the arming office sector is Abu Bakr al-Hazim, originally from Quneitra. I communicated with him multiple times via Facebook. He was killed in August 2017. Others I recognize from Facebook include Abu Uday Inkhil, Abu Qasim al-Inkhili and Abu Qays Sahm. 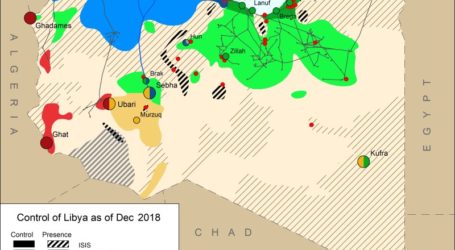