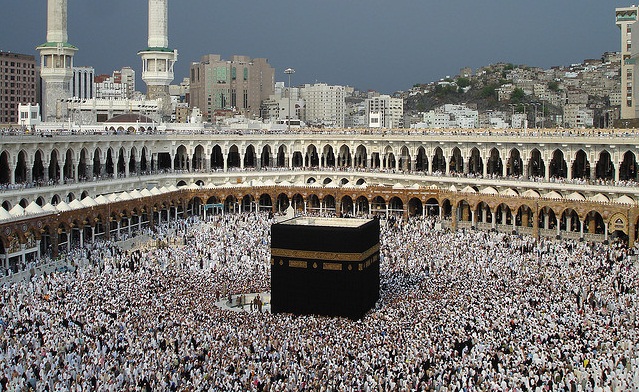 “We have 50 million Muslims in Europe,” Muammar Gaddafi claimed back in 2006, more realistically adding, “There are signs that Allah will grant Islam victory in Europe — without swords, without guns, without conquest — will turn it into a Muslim continent within a few decades.”

Although the original, historic jihad was straightforward warfare on the infidel to make Islam supreme, the ulema articulated a variety of other jihads, all of which work to the same end: as with jihad al-lisan (literally tongue, meaning propaganda, apologias, polemics, etc.) and jihad al-mal (monetarily or materially supporting jihadis, including through zakat), so too jihad al-wilada (or childbearing) is seen as a way to contribute to the “struggle” to make Islam supreme.

This can be achieved with either infidel or Muslim women. As an example of the first, a Muslim imam was videotaped saying that, because European men lack virility, their women seek fertility among Muslim men. Accordingly, “We will give them fertility! We will breed children with them, because we will conquer their countries! Whether you like it or not, you Germans, Americans, French, and Italians and all those akin to you [Western people] — take in the refugees. For soon we will call them [and their European born sons] in the name of the coming caliphate! And we will say to you, ‘These are our sons.'”

That some Muslim men operate along this logic is evident. The diary of Patrick Kabele, an African Muslim man who was living and arrested in Britain for trying to join the Islamic State — his primary motive being to purchase a nine-year-old sex slave — had references that only like-minded Muslims would understand: in an effort, as the aforementioned imam said, to use European women as incubators and “breed children with them,” Kabele noted that he had been “seeding some women over here,” adding, “I dont [sic] kiss anymore.” (Unlike straightforward sexual intercourse, kissing is deemed an intimate act, and Muslims, in keeping with the doctrine of al-wala’ wa al-bara, must never be intimate with, certainly not love, non-Muslims — even when married to them — though they can have carnal relations with them.)

Even so, Muslim women remain the primary actors who foster the future of the jihad — and many of them see it as their obligation. A Christian Eritrean volunteer and translator who worked in migrant centers in Germany and was often assumed to be Muslim by the migrants, confessed last year that “Muslim migrants often confide in her and tell her about their dislike towards Christians,” and that “a number of the Muslim migrants she has spoken to have revealed a hatred for Christians and are determined to destroy the religion.” How they plan on doing this is telling: “Some women told me, ‘We will multiply our numbers. We must have more children than the Christians because it’s the only way we can destroy them here.'”

The notion that more Muslim births mean more Muslim power is so ingrained among Muslims that recommendations of “family planning” in West Africa — which, despite its scarcity of resources, has the highest birthrate in the world — is regularly seen by Muslims as a Western conspiracy. “The West’s policy is about reducing our numbers,” said Hassane Seck, an imam from Senegal. “Because of their perverse promotion of contraception, women in Europe are no longer fertile, but ours are. There are going to be many more of us, and they’re afraid.” The report adds that he and other “imams cite a passage in the Koran imploring Muslims to ‘go forth and multiply,’ and family planning is seen by many in the region as a Western plot to curb the spread of Islam.” Little wonder that one of every three people on earth are expected to be Muslim by 2070.

One recent Pew report says that the Muslim population of Europe could triple by 2050 — just when all those baby Muhammads are coming of age, and when the imams will “call” on them. In Germany alone, nearly 20 percent of the population could be Muslim by 2050; 20 percent is not too little for an Islamic takeover of — or at least mass havoc in — Germany. Yet the report also finds that even “if all migration into Europe were to immediately and permanently stop” and due to significantly higher Muslim birthrates, Europe’s Muslim population will still grow significantly, to about 36 million, almost double the current population.

Not that many Western Europeans seem to care; some are even glad to see their own kind die off and be replaced by Muslims — such as Dr. Stefanie von Berg, who exulted before the German parliament: “Mrs. President, ladies and gentlemen. Our society will change. Our city will change radically. I hold that in 20, 30 years there will no longer be a [German] majority in our city. …. And I want to make it very clear, especially towards those right wingers: This is a good thing!” Meanwhile, “the head of Germany’s domestic intelligence agency is lobbying for a repeal of laws restricting security surveillance of minors under the age of 14, arguing that the country is facing grave risks from what the German media dubs ‘kindergarten jihadists.'”

From here one understands the true root of the immediate problem: …Islam is not invading and taking over by the edge of the sword as it once did; Westerners are doing everything to enable it, to their own detriment.

Such are the signs of the times: a moribund culture — typified by nihilism, hedonism, cynicism, and perhaps most tellingly, dropping birth rates — simply has little to live for and gives way to a more zealous one, just as Anglo-French historian Hilaire Belloc (b.1870) predicted nearly a century ago: “The recrudescence of Islam, the possibility of that terror under which we lived for centuries reappearing, and of our civilization again fighting for its life against what was its chief enemy for a thousand years, seems fantastic,” he wrote, before explaining:

Cultures spring from religions; ultimately the vital force which maintains any culture is its philosophy, its attitude toward the universe; the decay of a religion involves the decay of the culture corresponding to it — we see that most clearly in the breakdown of Christendom today. […] In Islam there has been no such dissolution of ancestral doctrine — or, at any rate, nothing corresponding to the universal break-up of religion in Europe. The whole spiritual strength of Islam is still present in the masses of Syria and Anatolia, of the East Asian mountains, of Arabia, Egypt and North Africa. The final fruit of this tenacity, the second period of Islamic power, may be delayed — but I doubt whether it can be permanently postponed. 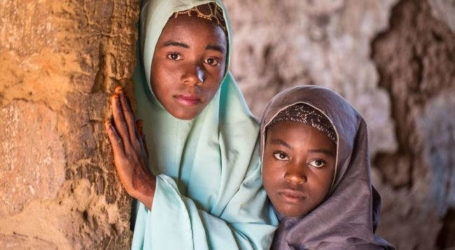