Since 2012, Mali has faced a succession of violent conflicts. The Tuareg rebellion and subsequent jihadist occupation of northern Mali in that year revealed several cleavages in society and governance that, while not new, have grown worse with time. The departure of the government from more than half of the country’s landmass and the pressure placed on local areas by resource competition, weapons proliferation, and clashing ideologies have all exacerbated Mali’s internal conflicts, patterns that have also played out elsewhere.

The French intervention under the guise of Operation Serval in January 2013 dislodged the jihadist groups from Mali’s cities, but did not eliminate them. They slipped away and reorganised, coming back to attack the United Nations peacekeeping mission established in Mali, MINUSMA, as well as Malian and French forces and civilian targets in the capital Bamako and even beyond Mali’s borders. The signing of peace accords in Algiers in June 2015 did not appreciably improve the situation. MINUSMA is the largest UN peacekeeping mission in the world but efforts to restore state authority have faltered, jihadist groups have grown and spread into Burkina Faso and parts of Niger, and local conflicts have also erupted in new and deadly ways.

Anyone trying to understand the landscape of armed conflict in Mali and the broader Sahel faces a dizzying array of challenges. The first is that these conflicts often overlap. Linked conflicts between different social and ethnic communities, between jihadist groups and the government, and between different armed groups often have no clear boundaries. Another challenge is that there are numerous armed groups operating in the region, sometimes with different and sometimes with shared goals and territories. Even the lines between “jihadist” and “non-jihadist” armed groups are often unclear. There are credible allegations of cooperation between ostensibly non-jihadist and jihadist armed groups. Fighters often pass back and forth between all types of groups, based on geography or local circumstances. This fluidity has led to frequent allegations that both pro-government and formerly separatist or non-jihadist armed groups have collaborated with various jihadist groups. Given the ongoing shifts of the security and political situation in the region, any attempt to map this multitude of groups is by its nature inexact.

We can say that jihadist groups largely seek to reimpose their version of Islamic law and to drive out foreign forces in Mali and the broader Sahel, while also seeking to capitalise on communal tensions and resentment against local governments to implant themselves more securely. They also take part in local conflicts and have presented themselves at times as protecting local communities from attack, whether Tuareg in the north or Fulani (locally referred to as Peul) in more central regions. As for the other groups, they sometimes represent local or communal interests, while others promote broader political goals, like independence or widespread autonomy in northern Mali or new, less hierarchical modes of governance and communal structure. The following is a broad overview of these groups and their areas of operations, with the understanding that this is not an exact or a comprehensive description. It focuses on Mali and touches on the wider Sahel, though it excludes the Islamic State in West Africa Province (ISWAP), more commonly referred to as Boko Haram, which is active in the Lake Chad region.

The involvement of armed groups in the peace process has been a tumultuous affair, owing to problems of the accords themselves, the numerous different actors and interests involved on all sides of the conflict, and the question of jihadist groups themselves and whether they can or should ever be included in an eventual peace deal. The signatories of the 2015 accords are the Malian government, an alliance of pro-government militias known as the Plateforme (its official name is Plateforme des Mouvements du 14 Juin 2014 d’Alger), and the Coordination of Azawad Movements (CMA), a coalition of groups which includes ethnic Arabs and Tuareg, although members of other communities are also included in these groups. But various splits have occurred since the accords were signed and the groups of the Coordination des Mouvements de l’Entente (CME), as well as another faction of the Mouvement pour le Salut de l’Azawad (MSA), have demanded inclusion in the process. Various other armed groups and militias have demanded access to some of the benefits of the accord, particularly Disarmament, Demobilisation, and Reintegration (DDR) programmes that would guarantee economic benefits and possibly reintegration into Mali’s defence and security forces for some fighters.

The institutions of the accords have also been sites of contention and violence from jihadist groups and non-jihadist groups. While the Interim Authorities – temporary local governing bodies established by the accords that are meant to help restore basic services to the north’s regions – contain representatives of most of the armed groups, they have been slow to become functional, and they regularly complain of shortages of money, training, and support. Similarly, the Mécanisme Opérationnel de Coordination (MOC), meant to regroup combatants for an eventual DDR process, have suffered delays and setbacks in Gao, Kidal, and Timbuktu. In Gao, a devastating bombing of the camp in January 2017 killed dozens of combatants, while in Timbuktu Jama’at Nusrat al-Islam wa al-Muslimeen (JNIM) claimed credit for killing the CMA’s MOC commander there, Salem Ould M’Begui, in September 2018.

The government and the signatory armed groups have disagreed on a number of issues related to DDR and Security Sector Reform. There is still no agreement on what military ranks to give officers who deserted during the rebellion, or on the final number of combatants to be integrated into the armed forces, for instance. The CMA and the Plateforme have both at different times suspended their participation in parts of the process in protest of decisions taken or not taken by the government. The CMA has especially pushed issues of political reform, including promises under the accords to pass constitutional reform and new decentralisation laws.

In response to complaints from the UN Security Council about the slow implementation of the peace accords, the UN and Mali’s government have agreed on an “accelerated DDR” structure to help jumpstart the reintegration of deserters and former fighters. The 1,800 fighters who will pursue this initially – which will eventually include members of armed groups beyond the signatory parties – are to undergo an accelerated registration process, a brief period of military and civic training in southern Mali, and then redeployment to the north as part of a “Reconstituted Malian Army.” However, initial stages of a programme like DDR in central Mali are unclear on how they will function, who they will recruit, or whether former jihadists will be able to participate 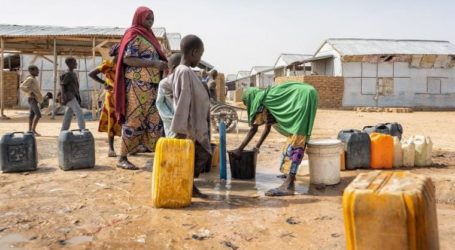