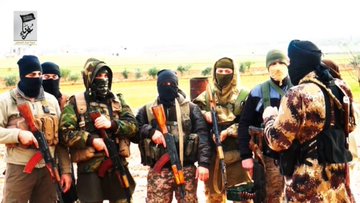 The commander of a Palestinian faction fighting in Syria was recently eulogized by a central al Qaeda-linked jihadist figure in Lebanon, further highlighting his group’s ties to the terrorist outfit. Abu Muhammad al Filistini, the leader of Saraya Ghuraba Filistin, was feted by Tawfiq Taha after he was killed in combat by regime forces in Syria’s northwestern Latakia province.

Taha stated in his eulogy that Filistini, whose real name was Ibrahim Khaza’il, went to Syria “in defense of Muslims, triumphant [in defense of] their blood and their land.” Taha also said that “god blessed Sheikh Abu Muhammad with piety, zeal, good morals, respectability, humility, and rapprochement among all Muslims. He also played a positive role in extinguishing the seeds of strife and problems within the camp.” The phrase “within the camp” referred to the Ain el Helwe Palestinian refugee camp outside of Sidon, Lebanon.

Filistini, and many of his men in Saraya Ghuraba Filistin, were former residents within the camp before going to Syria. Earlier this month, Filistini released a speech in which he called on jihadists in Lebanon, and specifically inside the refugee camp, to join his cause inside Syria. “We remember our brothers in Lebanon and in the Ain el Helwe camp, we call them to the land of jihad. This is the blessed land in Syria,” he proclaimed in the video.

Prior to leaving Lebanon for Syria, Filistini was reportedly a commander within the al Qaeda-linked Abdullah Azzam Brigades (AAB). According to security sources within the joint Palestinian security force within Ain el Helwe, Filistini and several of his men left the camp for Syria last November. Between November and last month, he formed Saraya Ghuraba Filistin.

Tawfiq Taha is an al Qaeda-linked leader in Lebanon, who also likely resides in the Ain el Helwe camp. According to Lebanese prosecutors in 2014, Taha was the overall leader of al Qaeda’s network inside Lebanon. Taha is also believed to be a senior leader within AAB. Taha’s eulogy gives further evidence of Filistini’s ties to AAB.

AAB was formed by Saleh al Qarawi sometime after 2004 as an offshoot of al Qaeda in Iraq, and was tasked with hitting targets in the Levant and throughout the Middle East. AAB is believed to be led by Sirajeddine Zurayqat, who originally posted Taha’s eulogy to his Telegram channel.

AAB is named after al Qaeda’s co-founder and Osama bin Laden’s mentor. The group was added to the US list of Specially Designated Global Terrorists in May 2012. Over the years, AAB developed branches in the Gaza Strip and within the Arabian Peninsula, but the current status of those branches is unknown. Within Lebanon, AAB formed the Ziad Jarrah Battalions, named after the 9/11 hijacker. It also actively participated in the Syrian civil war.

Saraya Ghuraba Filistin is the Palestinian sub-unit of Katibat al Ghuraba al Turkistan, a largely Uighur jihadist group inside Syria. Al Qaeda figures and propaganda have played a prominent role in KGT videos and the group has not sought to hide its ideology. It is clear by Taha’s eulogy that the group’s ties to al Qaeda is not just limited to its propaganda. 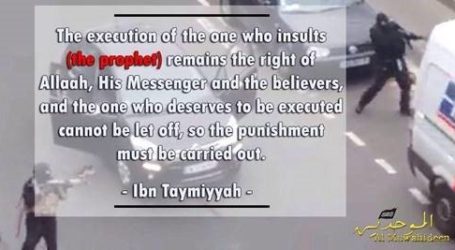 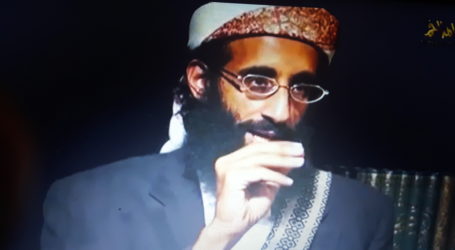 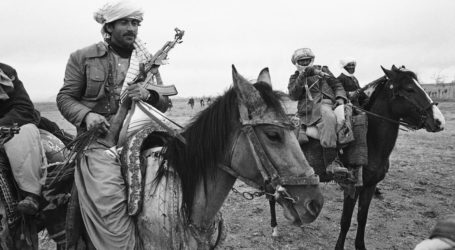